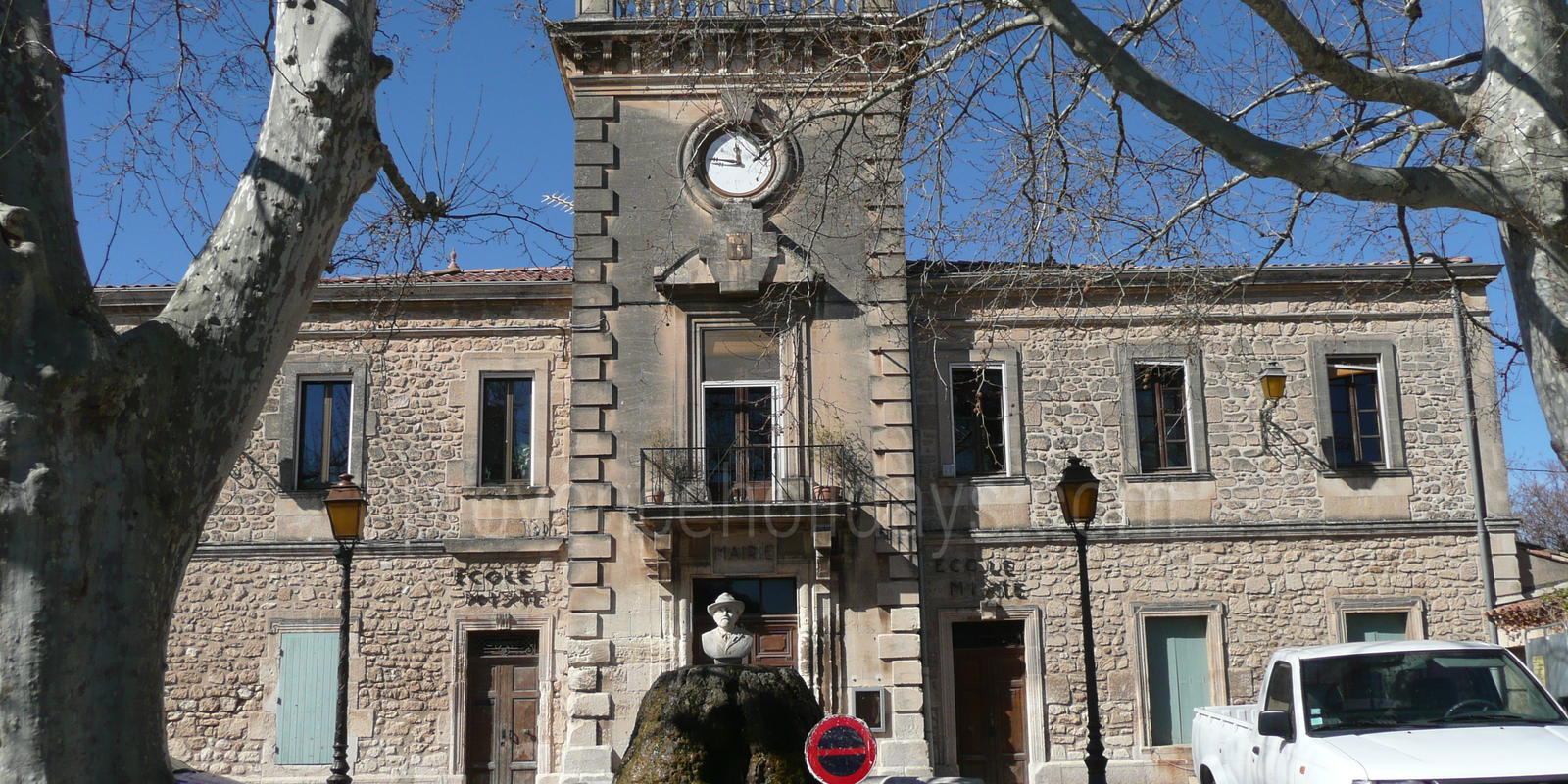 Paradou, locally called Le Paradou, is a small medieval town full of charm located between Les Baux-de-Provence and Maussane-les-Alpilles, at the foot of the Alpilles chain. It is the Provençal village par excellence! It is good to stop there, to discover its rich past and to taste its sweetness of life.

What makes this village special?

Le Paradou is the Provençal name given to the old water mills which were used to beat woven wool, used by the weavers settled along the Arcoule river. The village takes its name from there, but in the Middle Ages it was called Saint-Martin-du-Castillon. Paradou has preserved very pretty stone houses, pastel shutters, flower gardens and charming alleys that invite you to take the time to live. The town has many craft shops, cafes and restaurants where you eat well.

The village was an oppidum in the 2nd century BC. Archaeological excavations have unearthed a Roman stele, burials, a small votive altar and a truncated statue from the 1st century BC, carved in limestone. and discovered in the 19th century : the “Lion de l'Arcoule”. These objects are now part of the collection of the Musée de l'Arles Antique. It is possible to visit the site of the old castle, of which only three towers, dating from the 13th century, remain. A walk on the paths will make you discover the oratories, the beautiful farmhouses and the chain of the Pène dominated by the towers of Castillon.

If you like santons, go visit La Petite Provence du Paradou, a miniature village populated by nearly 400 santons over 500 square meters. These works are the result of the work of the best santon makers in France. We find there the villagers, the houses, the animals, the objects, and all the little details of the Provençal nativity scene. The most beautiful exhibition of figurines in the region!

Other Local Villages nearby Display all

At the foot of the Alpilles chain and a few kilometers from Baux-de-Provence, Maussane is a pleasant village which stretches out in a valley in the middle of olive groves. Center of olive production, it has some historical curiosities and offers visitors typical Provence activities.

Welcome to the capital of the Alpilles and one of the oldest cities in France! About twenty kilometers from Avignon, Saint-Rémy is an elegant little town, an attractive center for artists and personalities, which seduces for its art of living. It's a safe bet that the charm of this typical southern city will not leave you indifferent. It is also the ideal starting point for visiting Provence.

Nestled in the heart of the protected natural park of the Alpilles, this charming village has retained its authenticity. From the top of this perch, a breathtaking panorama of olive groves, green valleys and vineyards awaits you. Eygalières also has magnificent private residences that can be rented for a summer.

Just 20 kilometers from Avignon, L'Isle-sur-la-Sorgue is a charming riverside village. This charming city, which is nicknamed the "Comtadine Venice", leaves no one indifferent. Renowned for its antiques, it is a paradise for bargain hunters. Thanks to its markets, it also attracts all gourmets!

Ménerbes is one of the most beautiful villages in France. Built on top of a hill, the village offers a breathtaking view of the Luberon. Inhabited since prehistoric times, this charming town has a rich historical past and has been very well preserved. There reigns here an incomparable sweetness of life! Reason why Ménerbes has attracted many artists!

On the edge of the magnificent Vaucluse plateau and close to the prestigious wine-growing villages, Pernes-les-Fontaines is a city of water and history which has managed to retain all the character of a Provençal village where life is good. A city that leaves no one indifferent!

In the heart of the Vaucluse mountains, Gordes is a perched Provençal village, ranked among the most beautiful in France, whose charm immediately affects the visitor. Entirely built in dry stone, it shines with a thousand lights under the morning sun and offers a breathtaking view of the Luberon forests.

The old fortified village is located at the top of the valley of Lourmarin and dominated by an old church. This perched Provençal village is the ideal place to discover the region by bike or on foot and benefits from an exceptional panorama which extends from the Petit Luberon to the Monts du Vaucluse and as far as Mont Ventoux.

Lourmarin is one of the most beautiful villages in France. Nestled in the heart of lush vineyards, flowering almond trees and fragrant olive groves, it has cafés and restaurants with lively terraces as well as pleasant Provençal shops. Its historical heritage is worth the detour.