There are several legends about the origin of the navette. One says that, in the 18th century, a statue of the Virgin Mary washed up in Lacydon Cove, now the Vieux-Port of Marseille. She was made of polychrome wood, her dress was dirty and she wore a golden crown. The people of Marseille saw this as a sign of destiny and protection, appropriated this mystical apparition and dedicated this boat-shaped biscuit to her.

Another story says that the navette symbolises the boat that brought the Holy Marys (the three Marys, disciples of Jesus: Mary Magdalene, Mary Salome and Mary Jacobé) to the coasts of Provence. In memory of this, M. Aveyrous, founder of the navette oven in 1781, had the idea of giving the shape of a small boat to this biscuit.

Thus, since the end of the 18th century, every 2nd February, the people of Provence have been enjoying the navettes blessed by the Archbishop of Marseille, near the Saint-Victor Abbey.

The Four des Navettes oven is still in operation. The master baker Jean-Claude Imbert has left the place to his son Nicolas, who has become the guardian of this tradition.

The original recipe for navette, invented in 1781, is water, flour and a touch of orange blossom.

Obviously, this recipe is still the best known and most appreciated in Provence. But some people add fresh eggs and butter to the biscuit. Others flavour it with lemon or chocolate!

The Question on Everyone's Mind

Is the recipe for navettes just water, flour and orange blossom?

Well, to tell you the truth, we add a little something to it, but shhh, it's a secret! To find out more, rush to the Four des Navettes, 136 rue Sainte in Marseille, and ask Nicolas Imbert to discover the secret ingredient.

How to Eat Them

Navettes can be enjoyed with a coffee or a sorbet. It is also very popular as an afternoon snack with tea.

Where to Buy Them

La Chandeleur (Candlemas) is the biggest event of the year for the Four des Navettes. On this day, hundreds of people flock to the shop to attend the blessing of the navettes by the archbishop of Marseille. It all begins on 2nd February, at 5am, with the procession of the Black Madonna. On the square in front of Saint Victor's Abbey, the Archbishop proceeds to bless the city, the sea and the green candles of the Abbey, then celebrates the solemn mass of the Candlemas celebrations. At 8am, he goes to the oven to bless the oven, its famous navettes, those who make them, those who sell them and those who eat them! A tradition that goes hand in hand with the lucky tandem of the Four des Navettes: keep a navette that has been blessed by the archbishop and a green candle until the next Candlemas to bring good luck to the whole family. One year later, burn the candle and eat the navette, as it keeps for a whole year! 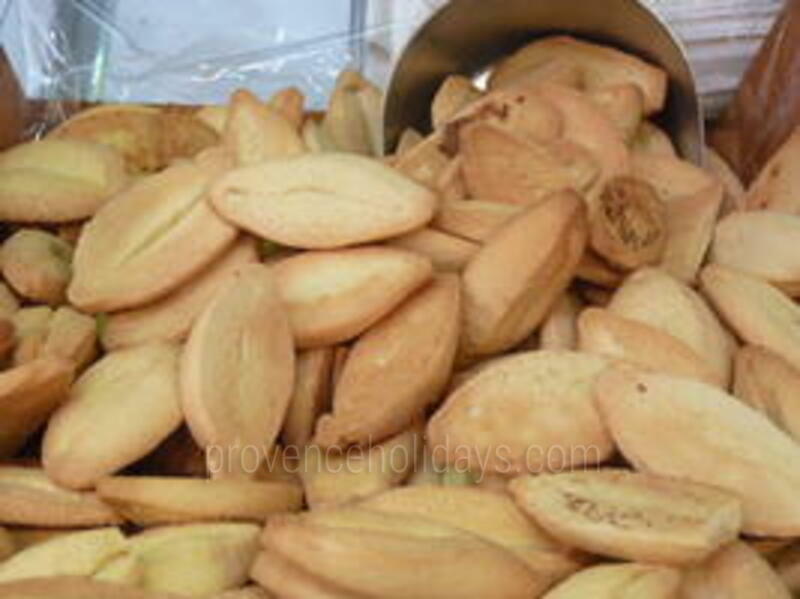