The Magic of Christmas

In winter, Provence lives its traditions with an intensity like no other. Advent celebrations envelop the region in a warm and magical atmosphere until Christmas. The beginning of the year marks the return of the oursinades, the famous Nice carnival and the Corso fleuri in Bormes-les-Mimosas.

It all starts on 4 December with Saint Barbara's Day, the patron saint of firemen, miners and artillerymen. A few seeds of wheat, lentils or chickpeas are placed in three saucers. These seeds will grow into stalks that will be placed on the table on Christmas Eve. The straighter and greener the stalks, the more prosperous the year will be. For "Quand lou blad vèn bèn, tout vèn bèn!", "Quand le blé va bien tout va bien!"

Today, this day is one of the most present traditions in the homes.

The Creche and the Santons

After Saint Barbara's Day, the people of Provence start decorating their homes. In addition to the traditional Christmas tree, the cot is a must in every home. In this one, we find the santons: Mary, Joseph, the baby Jesus who will be put on the 24th at midnight, the shepherd and his sheep, the drummer, the miller, the fishmonger, the mayor, the shepherd's apprentice, Grasset and Grassette, this famous couple of old santons, the bowlers, the delighted one. Each year, the décor is enriched with additional santons.

Santons are clay figures, created in Marseille in the 19th century. They can be bought every year at the many Christmas markets that are held in towns and villages, or from santon makers.

In the Var and the Alpes-Maritimes :

On Christmas Eve, after having laid out three white tablecloths, the three saucers of wheat, the Nerthe, the holly and the rose of Jericho, the dishes are brought in for the big supper. Most often made up of seven lean dishes, without meat, according to the social class and the habits of each family, the arrival, the soils and productions, the menus are different in the four corners of Provence.
The best products are kept and the table is set with snails, cod, cardoons, celery, vegetable gratin, aioli, omelette, brandade...

This ceremony takes place in many villages of Provence. It is a tradition inherited from the shepherds who honoured the birth of the baby Jesus. The colourful procession of shepherds in traditional dress and their animals, accompanied by cherubs, little shepherds, young girls and drummers, takes place. A lamb is brought "as an offering" by the shepherds. It will not be sacrificed, but will receive a blessing. Everyone goes down to the church to attend midnight mass.

The midnight mass is often celebrated in the Provençal language and often features a living nativity scene. Provençal Christmas songs are sung, accompanied by flutes and drummers. This ceremony brings together all those who are sensitive to Provençal traditions and folklore.

After the ceremony of the Pastrage and the midnight mass, everyone returns to the warmth of the home. We hasten to put the baby Jesus in the cot! The famous 13 desserts are placed on the table. Their origin dates back to 1683, when sweet dishes began to be placed on the table as a sign of abundance. The number "13" appeared in the 20th century. It has a religious symbolism: it represents the Last Supper of Christ and his apostles. These 13 desserts are presented on a large dish which remains on the table for 3 days, covered with 3 white tablecloths and hosting 3 candles representing the Holy Trinity. This is the moment to give in to a gourmet pleasure. This tradition born in Aubagne gathers the best of the sweet desserts of Provence. Here they are:

This is the event not to be missed if you come to the Côte Bleue in winter and love seafood!

The oursinades are a Carthaginian institution. In 1952, at the Cap Rousset cove, the fishermen tasted sea urchins and decided to offer the mayor of the time his weight in sea urchins! The event left its mark on people's minds.

In 1960, an Urchin Day was organised in February, when the sea urchins are at their fullest, in order to liven up the town outside the summer period. In the 1970s, the day was transformed into the Month of the Sea Urchin. The success of this event has continued to grow to the present day.

On the first three Sundays of February, it's the Festival in Carry-le-Rouet! Everyone rushes to the port to taste the famous sea urchins and shellfish.

Numerous dancing and musical animations are programmed throughout the day. A craft fair with the sale of local products, jewellery and souvenirs, as well as an antiques fair, create a good atmosphere in the port.

This event has grown to be known worldwide!

Sea urchins are usually eaten plain, with a dash of lemon juice or on a slice of buttered bread. Carry-le-Rouet has thus become the capital of the sea urchin, and it has been emulated. You can find oursinades :

This is the most famous carnival in France, and one of the most famous in the world along with Rio and Venice! For a fortnight in February, it attracts hundreds of thousands of people.

The term "carnival" comes from carne levare, levamen which means "to remove the flesh". Carnival takes place before Lent during the fat days. It is therefore a celebration before a period of abstinence which justifies all the excesses. Carnival is said to have originated in the 13th century and to have grown in importance from the 19th century onwards. The festival we know today, with its spectacular floats, dates from 23 February 1873.

The highlights of the carnival are:

For all the information concerning the Nice carnival, consult the site nicecarnaval.com

The Corso Fleuri in Bormes-les-Mimosas

This is the most famous of all the flower parade! Every year, on the last weekend of February, the city organises this event, which is not to be missed!

The word "corso" comes from the Italian corso, which means "courtyard", avenue, place where people go out, where they parade. In the 18th century, nobles used to take their carriages out on the main avenue. This habit was abandoned and returned in the 20th century, on the occasion of the carnival parades. The corso grew in size in the inter-war period. After the war, the winter seems long. The mimosas are brighter than ever. The villagers had the idea of celebrating the beauty of this flower by starting to decorate a cart that went through the village. The first corso took place in Bormes-les-Mimosas in 1920, to celebrate the coming of spring. The carts were pulled by donkeys and mules. Today, tractors have taken over.

Twelve tons of yellow sprigs and 80,000 flowers are needed to dress the fifteen or so floats. This is a challenge that the people of Bormas take up every year. From October onwards, all those involved meet to define a theme and to make models. The floats are decorated only with freshly cut mimosa. Everything is done the day before the parade and the floats are decorated only a few hours before the start of the festivities.

The fanfares accompany the parade of the floats in the streets of the old village and the festival ends with the traditional battle of flowers.

We wish you a wonderful winter stay in our beautiful Provence! 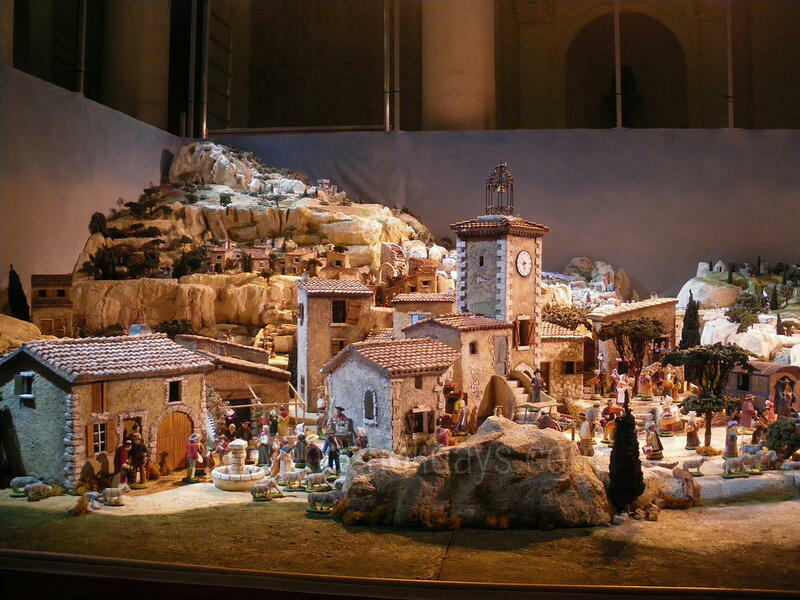