Unfortunately this holiday rental is no longer available

You can search for another holiday rental: 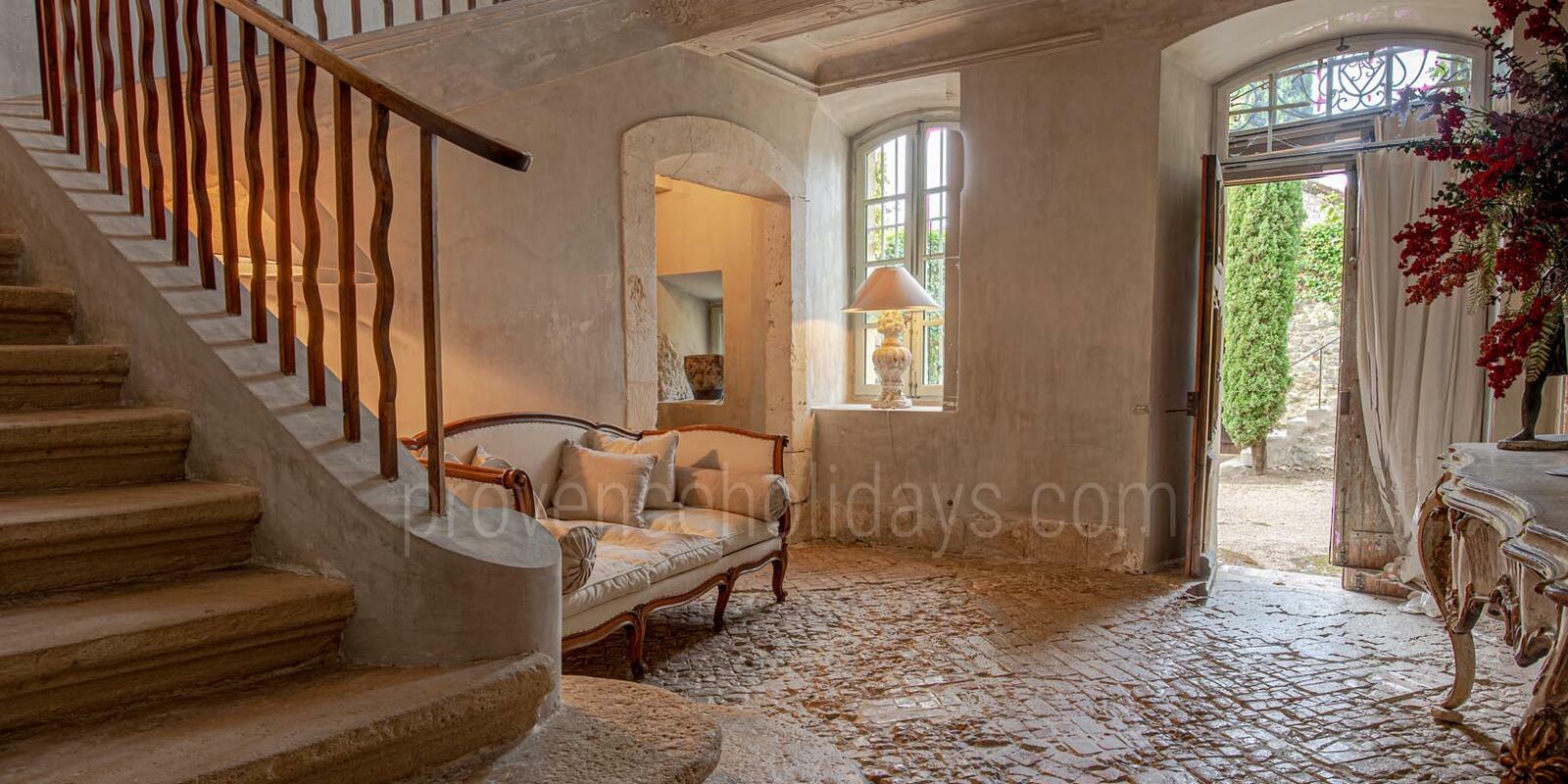 Villa for rent Provence for 14 people

The history of the stronghold of Gignac dates back to the 11th century when we find the quotation of "Gigniacum". In the 12th century, Guillaume de Sabran took over the southern half of the county of Forcalquier, of which Gignac was a part. Having become the seigneury of Agoult in the 13th century, the estate passed through many hands and returned in the 16th century to the Thomas family who would remain the owner until the French revolution.
We know that an old medieval castle was present in Gignac. Fortified by Barthélémy de Thomas, it would have been ruined during the religious wars which took place in France in the 16th century, and therefore would have been rebuilt at the beginning of the 17th century. The current castle is said to have been built in the 18th century (between 1760 and 1780), shortly before the French revolution.

Pool heating is available upon request for €300 per week. Please let us know in advance if you would like the swimming pool to be heated during your stay.

This historic château benefits from a 27m2 library with titles in English, French and German, a luxury breakfast room and authentic dining room with listed fireplace on its ground floor. Upstairs, you can enjoy the 45m2 music room with crystal chandelier, fully equipped office, home cinema, games room and two of the eight bedrooms. The remaining six can be found on the property's second floor.

This outstanding château sleeps up to 14 guests in 8 incredibly luxurious bedrooms.

Please note these prices have been converted from Euros for your convenience only. All bookings are in the local Euro currency.

Three hours of intermediary cleaning are included on a Wednesday. Additional cleaning is available for €20 per hour.

Please note the property location is approximate only, in order to protect the owners privacy.

Jean-Jacques, a chef by trade, and for many years now, has been waking up your taste buds with his good little dishes based on fresh, local produce? A convivial, family and colourful cuisine, a cuisine that resembles him...

Visit and enjoy these beautiful gardens and have been labelled "Remarkable Garden" by the Ministry of Culture and Communication.

Horse riding, pony rides and courses for all ages from 3 years old.

Distances & approximate travel time to the Stadiums from this property

Not quite what you are looking for ?